Jackie Goldberg should care about our children as well 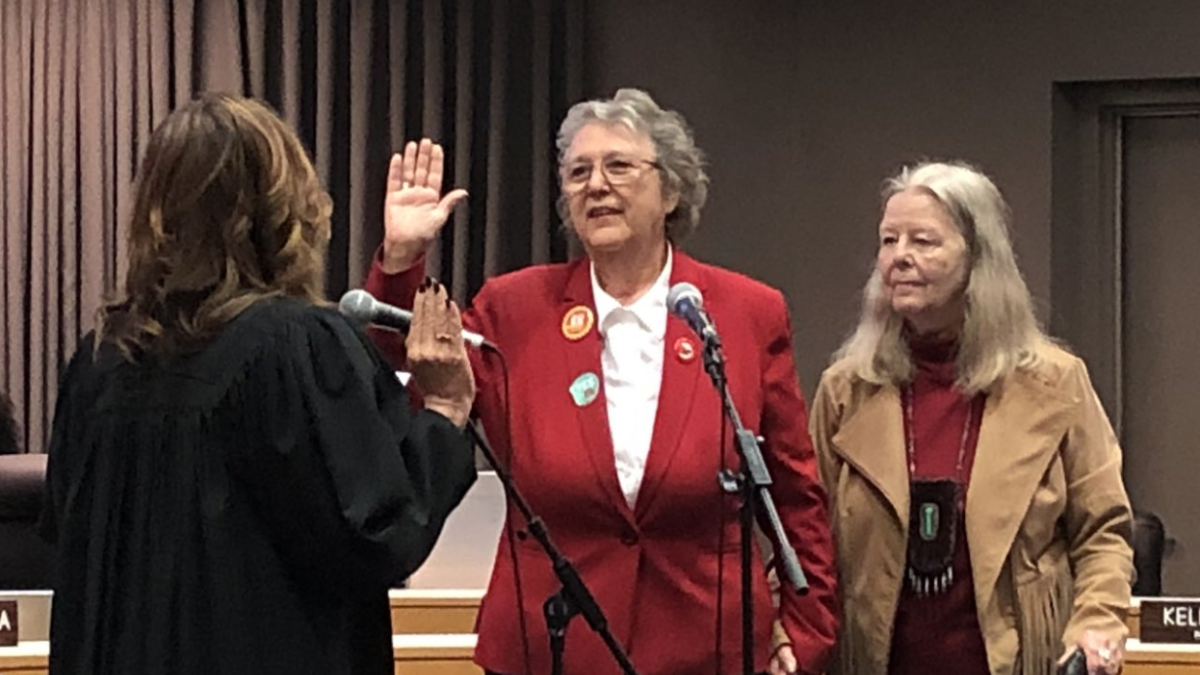 Recently Los Angeles Unified School District (LAUSD, 2nd largest public-school district in the U.S.) passed a resolution to mark April 24th as a school holiday in remembrance of the Armenian Genocide. The holiday will be observed starting 2022. This decision may set a precedent for other school districts across the U.S.
This school holiday will have undesirable long-term effects on the Turkic American community and children in the U.S. As concerned Turkic Americans we initiated Parents Against Hate (PAH) parent advocacy group in collaboration with the American Turkic Association of Southern California (ATASC). PAH aspires to reverse LAUSD’s decision regarding April 24th holiday.
If we act together, and with conviction, we can get our voice heard and explain our side of the story. Support PAH’s multi-pronged email campaign. Our second email below is a response to Jackie Goldberg’s email that was sent to our community members (also below a copy of her email). We Made it Easy to Get Your Voice Heard!
Just Fill Out and Submit the Form and the Email Below Will be Sent on Your Behalf to the LAUSD Board Members, LAUSD Superintendent, State of California Superintendent of Public Education, and California Board of Education.
We kindly ask you to share this email campaign with at least 2 others who would support our cause.

IMPORTANT NOTE: This message raises concerns of Turkic American community. You do not need to have kids or your kids don’t need to attend LAUSD to participate in this email campaign.

This letter has been sent 544 times

SUBJECT: Jackie Goldberg should care about our children as well

We, the parents of Turkic-American school children and the contributing and law-abiding Turkic-American residents in the United States, are submitting the following e-mail to your attention. We want to express our deepest concerns about LAUSD Vice President Jackie Goldberg’s e-mail she has sent to members of our community (below is the original e-mail sent by Ms. Goldberg) regarding LAUSD’s decision to declare April 24th a yearly school holiday to commemorate the so-called “Armenian genocide.”[1] This is an appeal to your committee to reconsider its decision.

We strive to instill the values that we were raised on and continue to share in our families and our Turkic-American community: of peace, kindness, diversity, and nonviolence.  In this respect, it is our duty to point out LAUSD’s decision and Ms. Goldberg’s statement in effect have put our children, who are a minority, at risk. The decision and the statement are also paving an opportunity for bullying and discrimination against youth with Turkic origins in Los Angeles and across the U.S.

Moreover, not only does this political and racially biased decision pander one ethnic minority to another, it also evidently conflicts with LAUSD’s own Code of Ethics[2] and the California School Boards Association (CSBA) Commitment to Equity Education[3] as we shall discuss below.

As American citizens who believe in the values of democracy, we are all entitled to have our own political beliefs. Hence, it’s one thing to have political views and another to let these personal opinions determine public policy decisions without a fair consideration of the risks and consequences, especially when such policies risk the wellbeing and safety of a large number of its constituents (in this case, innocent Turkic-American children and their ethnic community living in Los Angeles).

As a member of the California School Boards Association, LAUSD is committed to equity-driven decision making. The CSBA’s Equity Statement reads as follows:

CSBA recognizes that educational excellence requires a commitment to equity. California students bring a wide range of assets, abilities, backgrounds, and needs to their educational experience. Schools have an obligation to provide all students with the access and opportunities necessary for college, career, and life success. This requires school leaders to address practices, policies, and barriers that perpetuate inequities which lead to opportunity and achievement gaps. Effective school boards are equity-driven, making intentional governance decisions that combat institutional discrimination and bias (both explicit and implicit) and eliminate disparities in educational outcomes based on socioeconomic status, gender, gender identity, gender expression, race, religion, national origin, ethnicity, sexual orientation, disability, or family background.

Moreover, CSBA’s board policy[4] explicitly states that district decisions must be made with thorough and fair consideration for the needs of students from all communities, free of bias or prejudice:

The Board shall make decisions with a deliberate awareness of impediments to learning faced by students of color and/or diverse cultural, linguistic, or socioeconomic backgrounds. To ensure that equity is the intentional result of district decisions, the Board shall consider whether its decisions address the needs of students from racial, ethnic, and indigent communities and remedy the inequities that such communities experienced in the context of a history of exclusion, discrimination, and segregation. Board decisions shall not rely on biased or stereotypical assumptions about any particular group of students.

LAUSD’s and Ms. Goldberg’s statements do not merely oppose the war happening all the way in Armenia, but also reveal a political opinion that is clearly personal, racially biased, factually misconstrued[5], and with utter disregard for the damaging consequences (e.g., racial hate speech, bullying, discrimination, trauma) on the other ethnic minority groups and Turkic-American students who are also part of LAUSD.

We question how LAUSD’s support and solidarity for Armenians who are affected by the war must be demonstrated in the form of declaring a school holiday that, not only lacks factual accuracy and was carelessly made without any proper fact-checking, but also declares to the public at large that the LAUSD supports one ethnic community (Armenian-Americans) while depicting another (Turkic-Americans) as the antagonist. We are also protected by the same Constitution of The United States. Neither we, nor our children, deserve to be bullied, demonized and hated because of the political aims of hate merchant Armenian Diaspora organizations.

According to the LAUSD’s Code of Ethics, you have committed to “creating an environment of trust, care and respect. [You] will not tolerate discriminatory or harassing behavior of students or colleagues.” Furthermore, when making decisions, you are also required to “evaluate the situation and identify the ethical issues.” Therefore, surely, you are committed to consider the safety of all kids within the LA county, including Turkic-American kids, in an environment of trust, care, peace, and respect wherein they will not be subject to discrimination or harassment.

While the April 24th decision and Ms. Goldberg’s statement were perhaps intended to be a message of solidarity, it is also a case of utter recklessness and complete negligence for the damaging effects and  inevitable consequences on young Turkic-American children who have nothing to do with the conflict and problems of Armenia.

As though our kids don’t already have to navigate the everyday reality of racial discrimination and bullying in our society -- on top of actual hate crimes committed by Armenians against the Turkic community here in Los Angeles alone (including the assassination of Turkish diplomats in Los Angeles,  the recent violent attack on Cafe Istanbul[6], and the assault on Azerbaijani peaceful protesters[7]). Parents Against Hate, a parent advocacy group, recent survey has shown that many Turkic-American children have been victim of hate speech, bullying and discrimination at school, including LAUSD. These children at times feel the need to suppress their identity and heritage. LAUSD’s actions invites more reasons to target and bully Turkic-American kids in school, not just by Armenians but by everyone and anyone in the Los Angeles county who will learn about the factually inaccurate remembrance day you’ve declared to the public. Turkic-American kids will be increasingly feel the need to suppress their ethnicity and heritage.

Instead of having the assurance that they are safe and secure in the school districts that committed to protect them, our children will now have to face more risk of discrimination, bullying, and trauma every day in school by other kids who believe Turkic kids deserve to be punished and treated with antagonism simply because of a policy you have made that villainizes Turkic kids’ ethnic identity and heritage.

Since LAUSD wishes to concern themselves with matters like genocide education, we would be happy to provide you with historically accurate references by American and foreign scholars, as well as information about genocides that are actually recognized by the United Nations, such as the Bosnian and Rwandan genocides.

With deepest concern for the safety of the Turkic-American children in your responsibility, we have reached out to you to appeal to your committee to rethink its position on the decision to declare April 24th a school holiday. We hope you understand that politicized history education is proven to lead to a perpetual incitement of violence against persons of Turkic origin, which is a criminal act under the US penal code.

Thank you for your attention and consideration.


BELOW IS THE EMAIL MS. GOLDBERG SENT TO OUR COMMUNITY MEMBERS:

From: "GOLDBERG, JACKIE B"

When the massive earthquake hit Armenia in 1988, as an LAUSD school board member, I was able to get district students and staff to each contribute small amounts of money and we collected tens of thousands of dollars.  Then with the help of the ANC, I went to Armenia to present the check and to tell the students and teachers there that students and teachers Los Angeles cared about them.

It seems impossible that Armenia is still being assaulted by Azerbaijan after all these years. Yet it is true.  I am joining other elected officials and government entities in urging the United States government to strongly oppose the Azerbaijani invasion into Armenia.  The U.S. should join with the EU and others in speaking out against this new assault.  The U.S. should pass sanctions of all types against Azerbaijan, and pressure both Turkey and Russia to stop supporting this war.

I continue to support the Armenian community in its efforts to make the world remember the Genocide attempted by the Turks.  And I join with all who want to see the military invasion of Armenia to an end immediately, beginning with the cease-fire that is being ignored by Azerbiajan.

I thank both of my colleagues, Board Members Schmerelson and Gonez for their Resolutions, and for permitting me to join in sponsoring them.

LAUSD Board of Education

[7] Assault and Battery of Azerbaijani Protesters in Los Angeles